Each Friday we post a new v i s t a profile, a career beyond the academy story (use the tags at the bottom of the post to find the entire list). These posts accompany our curated events to support post-PhD career transitions, v i s t a mentoring, and also #sheffvista on Twitter.

Approximate salary range for your type of role: £60-80k 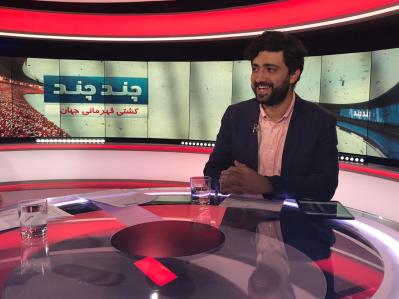 Life keeps surprising us, right? No matter how hard we try to project our plans onto the future course of events, the twists and turns often take us down pathways we hadn’t planned for.

When I was working towards the completion of my PhD in philosophy, anxious about the uncertain times ahead, I would have never anticipated I’d be where I am now. Back then I was mostly concerned with getting published in peer review journals or coming up with a research proposal which would secure me funding to do a post doc, and of course I had a glimpse of hope that I might land a temporary teaching position at a higher education institution, somewhere in the world. The lengths I was willing to go to in order to pursue my academic career were at odds with many of the other priorities in my life – at one point I thought I would have to go as far as the Middle East to secure a post doc position, sacrificing my relationship and closeness to my family. Well, all those concerns have now evaporated, I haven’t ended up doing any of the above and whilst the early stages of this change in direction really challenged me the outcome isn’t half bad. I now find myself, somehow, three years in to working in the bright lights of the media industry, as a Senior Editor at a London based, Farsi speaking TV channel, Iran International.

In February 2016 after submitting my thesis (The Morality of Toleration: Towards a Realist Account of Political Toleration) and a couple of weeks ahead of my viva, I moved to London to join my fiancé. I moved, with no promise of work, just some papers and applications to dedicate time to. The need to earn money became a reality quicker than I had imagined it would, having come from the comfort of a relatively cheap Sheffield, to the prices and delights of London. I leant on my friends with connections in the Iranian circuit here and in time was offered a position within a small news room at an entertainment focused Iranian TV channel. I began as a translator and was lucky enough to work my way up to a producer role fairly quickly. After a year, I decided to give up pursuing an academic career (at least for a few years) and make TV. I moved to a start-up (Iran International) where I reckoned there would be more chances for me to develop my career.

Leaving academia was not a decision that I made lightly. First of all, I had so much fun at Sheffield Uni, doing first a MA in Political Theory and then a PhD in Philosophy, that I could not see myself leaving the kind of life I was so accustomed to. Secondly, I was not sure years of research and training in academia would be much of a use.

I soon realized that the latter concern was not grounded. I started to find ways in which I could apply the skills and knowledge I had acquired. It did not take long for me to understand that having an organized and analytical mind is a precious asset. I owe this asset to my training at Sheffield.

My current role, as a Senior Editor demands, a high level of analytical skills, every day I have to think strategically and consider the bigger picture of what is going on in the world. My role is to render judgement on various news stories based on the broader context where these stories take place.

In an arena were the personal and the political collide on a daily basis, I am required as a team leader, to pull together the best of both and ensure that we are covering stories fairly and accurately. This requires evaluating various moral and political arguments in favour or against these stories and how best we could cover them.