Vijayendran Raghavendran is a Postdoctoral Research Associate in the Department of Molecular Biology and Biotechnology. He has had a very diverse and international career. Vijay is an avid research communicator and blogger. Vijay has worked previously as a science teacher. In addition to currently working as a postdoctoral researcher, Vijay is also a poet and writer of short stories ..and he also draws.

Vijay did an entertaining series of videos he posted on Instagram during one his time-course experiment. He had to work through the night to take samples of growing yeasts- this is tales of joy for you!

For this Tales of joy in research, Vijay wrote a blog post “research narrative from the F level” that first appeared on the 27th May 2019. It is reproduced here with permission. He also prepared some videos which were posted on Instagram.

Surely, doing research is a lonesome process. Many long hours are spent in commune with one’s thoughts testing whether a hypothesis merits the attention it deserves.

And as one wades through the days conducting experiments both wet and dry, and when rejections outnumber the opportunities that sprouts, and when insecurity stares with wide open eyes, day-after-day, despite several efforts, the outward facing mind seeks security inwardly, in ‘insights and intuition’, asking questions such as ‘Why does the mind seek security’, and other existential questions that gives one’s job and one’s existence a meaningful context.

Such was the time when the researcher development manager sent an email asking for volunteers to share the tales of joy in research. And the creative spark that laid in a state of sopor whispered to me to seize this opportunity, And so, I decided to conserve the otherwise dissipative energy to do some positive thermodynamic work by speaking about research.

Starting on a Monday at 10 pm and finishing on a Thursday at 4:30 am, I shot several short clips of my fed-batch fermentation that lasted 60 hours. I explained the various steps involved in producing 12% ethanol from glucose, and gave the narrative a ‘story like feel’, by generously infusing – at least that is what I think I did – the monologue with the voice of my mind’s labyrinths.

So, on a Monday, with reactors autoclaved, waiting to be inoculated with our budding yeasts, a sense of excitement prevailed on the F floor. The yeasts love to consume the sugar and convert it to ethanol. In doing so, they exert themselves a tad bit too much. Ethanol’s reductive power permeabilises the cell’s membrane, making them leaky, and eventually killing their vitality. Experimenting with budding yeasts; Inoculating the bioreactor

On Tuesday morning, aerobically grown cells were switched to semi-anaerobic mode by sparging with a small amount of oxygen. We hypothesised that microbubbles (micrometre sized bubbles that deliver oxygen goods better than conventional bubbles) grown cells will be better at thwarting the toxic effect of ethanol. Oxygen is necessary for the biosynthesis of ergosterol, a key component that helps maintain membrane integrity. Getting ready for fermentation 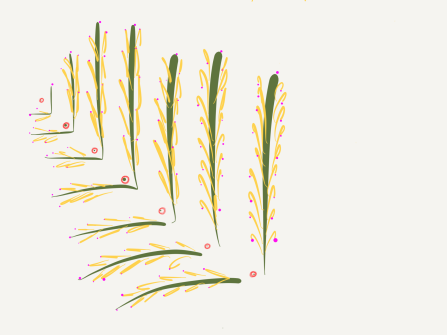 And I took samples for RNASeq and lipidomics to study the differences in mRNA levels and lipid composition with the hope that oxygen addition during fermentation will result in a fitter yeast. Fermentation ongoing; 12 hours passed, 36 to go

The yeasts kept going, churning the glucose to ethanol. Two more additions of sugar have been made by Wednesday morning. As I was going home at 6 am, it was nice to see the city and the Sun come alive after a night of quietude. Halfway through

By Wednesday night the cells were slowing down their machinery. I get a bit more sleep than Tuesday in my office on a camping mat. The last stretch. On Thursday morning at around 4:30 the experiment was over, and I went home to get a few hours of sleep to come back for our lab meeting at noon. The end.

In the subsequent weeks samples will be analysed for sugar and ethanol. The dry cells have been shipped to York and the deep-frozen cells have been dispatched to the US. The cells will be broken apart, their mRNA scooped out, amplified and sequenced, their lipids extracted and quantified using chromatography and mass spectrometry.

The original cell is long forgotten and what we are left are the fossil remnants. Deciphering the inner workings of a living cell based on the myriad data would require sophisticated software, careful scrutinising and statistical testing to separate the wheat from the chaff. The results of RNASeq and lipidomics will arrive in six weeks. The project will come to an end in 10 weeks. Have we increased our understanding of yeast with our hypothesis and experiments? We will have to wait and see.

Meanwhile, my story will continue. Life will suck the marrow of my bones too and deprive me of the vitality that I once had. But more importantly, I better go and have a nice glass of Chardonnay as it’s been a nice day in Sheffield. The senses too need to be satiated at times! Long live the yeasts indeed.

The whole fermentation process lasts 60h. I grow the cells for 10 h with enough air and then stop the air supply and allow the cells to ferment. The cells will jump on glucose and start their glycolytic machinery with full throttle. A good night to the hard working cells indeed. To survive and multiply is an innate quality even for microscopic beings. #fermenter # fermentation #yeast #Sheffield

A post shared by Vijay Raghavendran (@vijayendranraghavendran) on Apr 29, 2019 at 2:11pm PDT